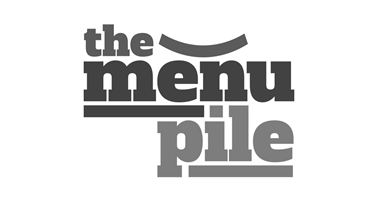 It's with regret that I'm closing down The Menu Pile website.

Whilst it's been a real blast in making and growing the website to handle the large volume of users, I need to make a sensible grown-up decision to power-down the servers and turn off the lights.

At our peak over the past 3 or 4 years, the site has had over 11,000 users per month, which is absolutely amazing, considering that the vast majority of the traffic is focused into the evening hours when you'd normally order a takeaway.

The reality of the situation is that even though The Menu Pile is a great idea as evident by the large number of comments and messages I've received, the website wasn't created to be a business. It was created accidentally and turned into a 4 year hobby, for which I've loved, and you've all appreciated.

I've tried, but the server hosting folks won't accept love and appreciation to settle web-server costs, and I've run out of shirt buttons to pay for it. Highly scalable cloud-based websites, with large cloud-based databases and everything else that makes it work... doesn't come cheap.

So - as of the 31st July 2018, The Menu Pile website will be offline. Gone out for it's own takeaway. Eating some pizza in HTML heaven. As I said, it's been a blast.

Email ThisBlogThis!Share to TwitterShare to FacebookShare to Pinterest
Labels: General, The Menu Pile

I recently posted on LinkedIn about The Menu Pile as I was trying to spread the word to get more people interested, and someone happened to mention that it might be a good idea to put the distances of the restaurants away from the search post code.

It is – and it’s something that has been there for a LONG time… except when I made the changes previously to the mobile/tablet version of the website, I appear to have hidden it and hadn’t actually noticed that I had done so!

Anyway, long story short, the distances are not only back, but they now reflect the actual distances (by road), whereas previously, they were ‘as the crow flies’, which of course worked in Desktop mode and was correct, but I wanted to improve them for mobile users.

Turns out, these mobile devices are already the ‘norm’ in terms of browsing the internet, which might not come as a shock or surprise, but it’s an interesting concept for people like me, who have always pretty much focused on Desktop/Laptop browsers, and mobile was always an afterthought, simply because the mobile devices from even say 5 years ago, weren’t what they are now, and struggled to display web pages.  If they could, mobile coverage in the UK was ok, but still patchy and fragmented.  Nowadays, it’s all about the mobile, and a surprise when we see people using the website on a traditional computer.

I’ve made lots of other mobile-based changes to the website overall, too, as niggly little areas would always irk me, and must therefore irk others.  Lots fixed, but too much to mention without boring you massively!!

My point about this blog post was, though, that it took someone to comment to make me actually see some of the little problems – I think, irrespective of what you’re making, you get a little tunnel-vision'ed, and sometimes miss the details.  A simple comment has made all of the difference, and hopefully makes it better for everyone. So, just let me know if there’s something that doesn’t look brilliant, that could be better!

Brett Rigby
Brett Rigby is a life-long geek, loving the use of technology in the workplace and at home, and even in the car. Disclaimer: The opinions expressed herein are my own personal opinions and do not represent my employer's view in any way.